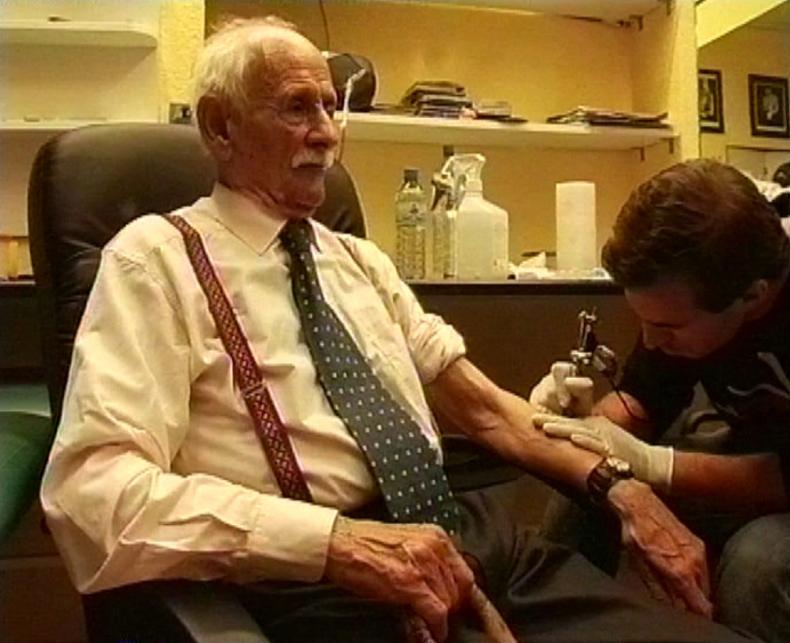 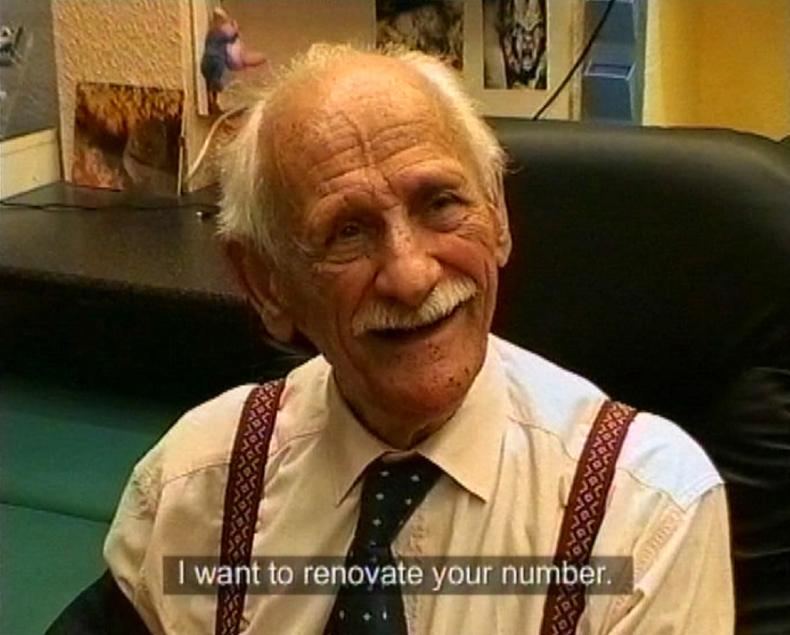 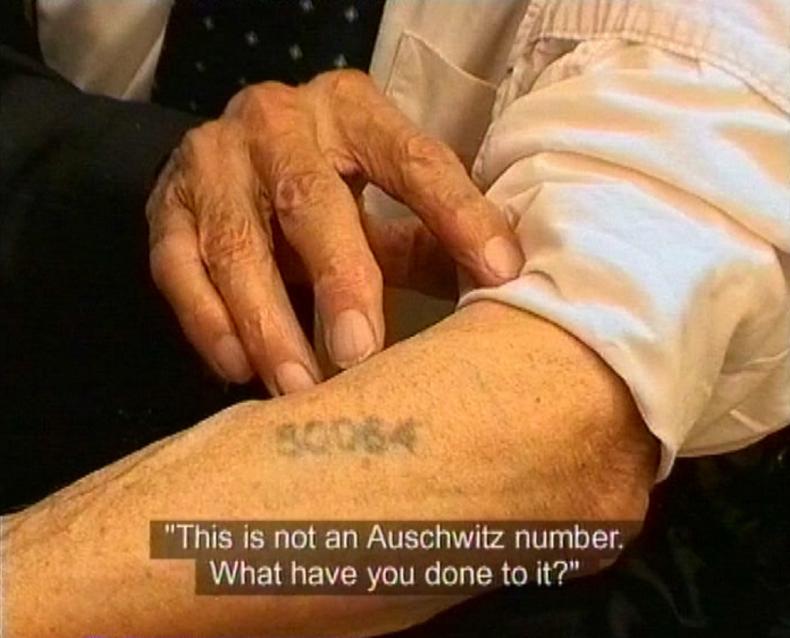 In 80064, the Number Tattoo appears three times: once in the title of the video and twice on the same forearm – in its original form and as a new creation. The short film follows Józef Tarnawa, a 92-year-old Auschwitz survivor. While discussing his time in Auschwitz, Żmijewski persuades Tarnawa to ‘renew’ the Number Tattoo applied ‘there’ upon arrival at the camp. The conversation between the two takes place in a tattoo studio with the sound of a vibrating needle in the background. The provocative aspect of the work makes it unsettling to watch; we are witnessing “an experience in memory,” as the artist defines it.

The gesture of rolling up the sleeve and stretching out the tattooed forearm before the camera resonates with the close-up shot in the historical footage, yet 80064 also challenges everything we know about the Number Tattoo. We are familiar with Holocaust survivors who seek to remove the tattoo from their skin, not to renew it. Re-enacting the trauma within the artistic realm, 80064 pushes us to confront the mnemonic meaning of the tattoo: as a symbol and a pictorial agent of memory. As a free man, why did Joseph succumb to pressure and agree to renew his tattoo, despite his own reluctance? Does renewing one’s Number Tattoo change its meaning or the memories it carries? What happens to us, and in us, when we watch 80064?