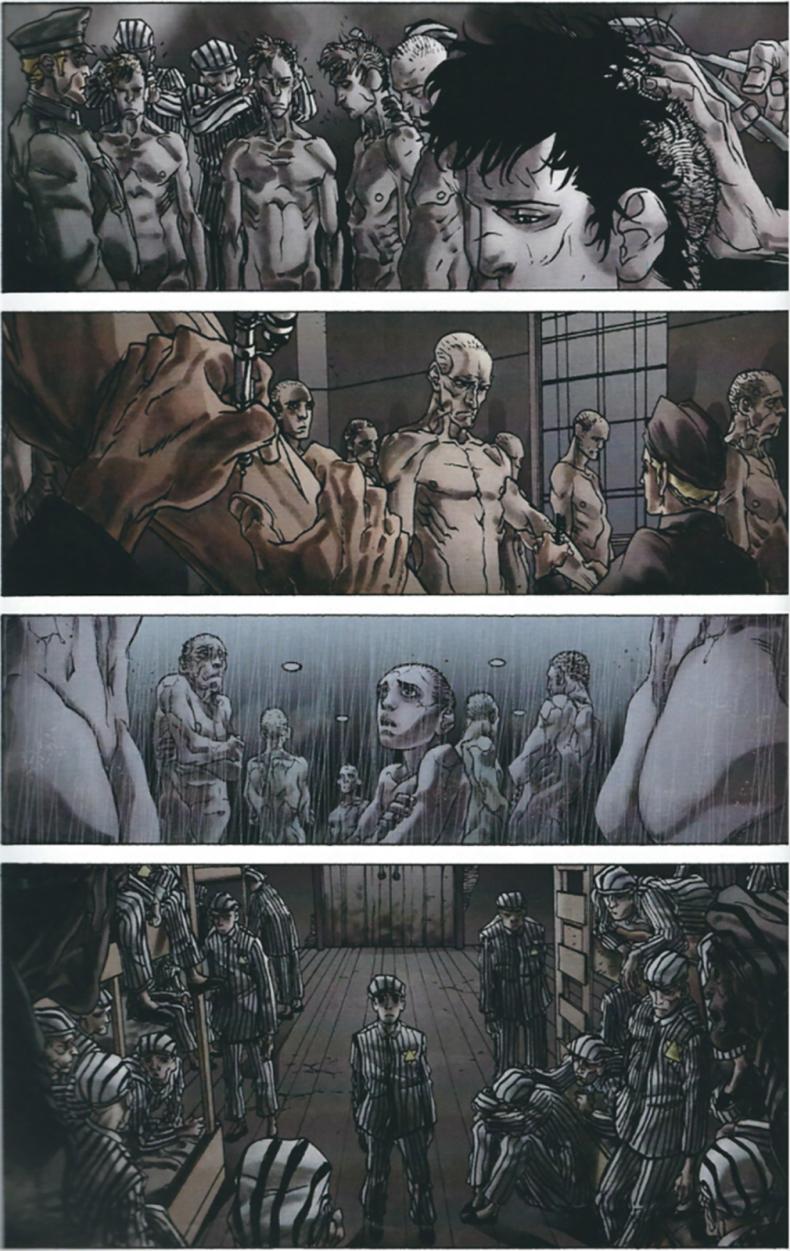 X-Men: Magneto Testament (2009) is a special issue of the comic book series X-Men that focuses solely on the background of Magneto and his experiences of persecution in the Holocaust. Other than in the films, which particularly emphasise the Number Tattoo as a symbol for the mark (or trauma) of the survivor and the suffering from “medical” experiments, the motif only appears once in the graphic novel about Magneto. It is part of a multiple panel sequence that illustrates the registration process of incoming prisoners. As such, the indirect use of the historical footage from Auschwitz recontextualises the setting and transfers it from the moment of liberation to the Holocaust. Interestingly, the depiction in Magneto Testament combines the close-up shot and the medium shot from the original footage within one panel, although the shots are, of course, altered: the panel shows the process of tattooing and - although referring to the fate of young Magneto who is also present in the other panels on this particular page - does not contain children but adult prisoners. Thereby, the allusion to the Number Tattoo is used in a generally illustrating way as a symbol of the dehumanisation process forced on the prisoners in Auschwitz. The Number Tattoo is integrated into a multiple panel sequence that refers to similarly iconic scenes: the shaving, showers, and the barracks. While many other depictions indirectly refer to liberation footage - such as the Auschwitz sign or the bunk beds - the visual depiction of the Number Tattoo evokes it as a symbol rather than as a concrete reference to the historical footage.