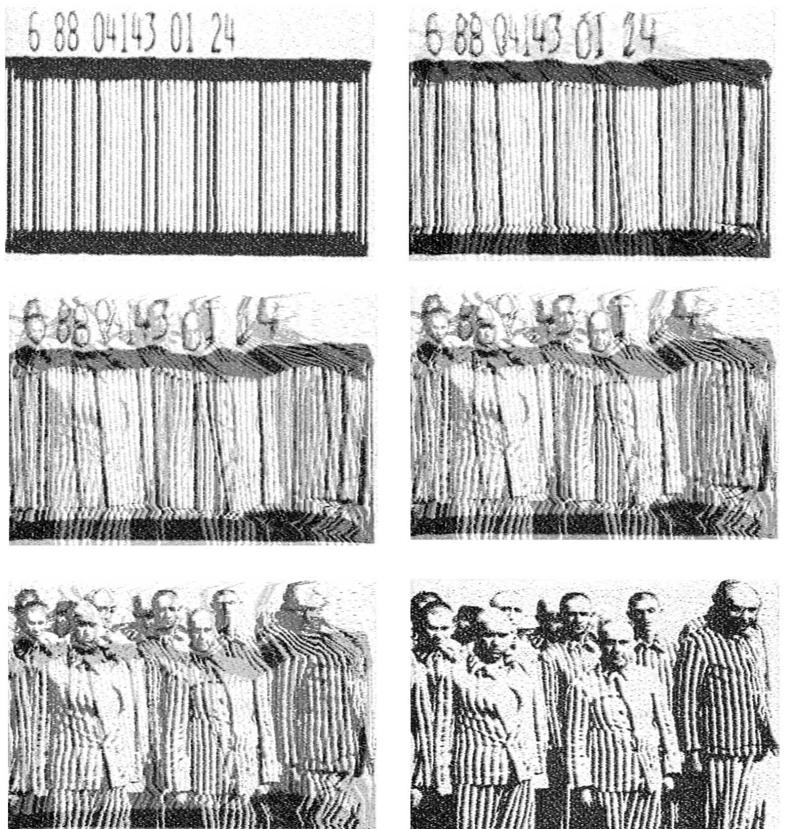 Barcode to Concentration Camp Morph refers to the footage of the Number Tattoo indirectly. It depicts a group of inmates in striped uniforms – another iconic image from the liberation of the Nazi camps – as they go through a gradual transformation from people to numbers or from numbers to people, depending on the viewer’s perspective. Digitally manipulating the image, artist Alan Schechner obscures the ultimate figure of the camp victim while inviting reflection on the mechanism of dehumanisation that informed the system of the Nazi camps. Visually showing how people gradually morph into data – a process accelerated before the viewer’s eyes, thanks to the possibilities of digital technology – Barcode to Concentration Camp Morph confronts the viewer with the provocative result of human beings becoming ‘machine-readable.’

At the same time, the work creates a space in which to ponder the meaning of the Number Tattoo image (indeed, the meaning of Holocaust imagery in general) in the digital age. The work addresses the commodification of the memory of the Holocaust on the one hand and the artist’s ability to morph images: a figurative image morphed into an abstract one through the artistic act, on the other.