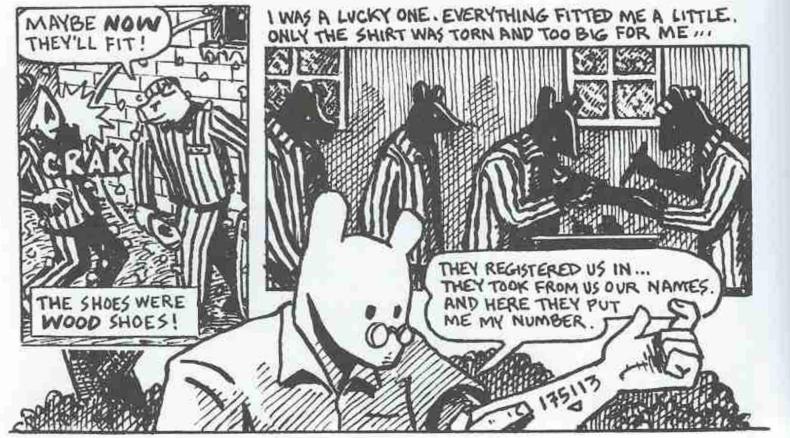 Art Spiegelman’s canonical graphic novel Maus depicts Art’s relationship with his Holocaust-surviving father, Vladek, as he shares with Art his memories from the war, the Holocaust, and the life after. Vladek’s number tattoo is illustrated several times in Maus. In this illustration, Vladek describes to Art the process of becoming a prisoner in Auschwitz and, as a part of this experience, also getting tattooed.

This illustration bears indirect relations with the historical footage and, in particular, the shots of children showing their tattoos. The number tattoo is presented as an indicator and evidence of Vladek’s past in Auschwitz. Especially, by Vladek’s gesture of presenting and physically pointing to the tattoo, this illustration is related to the original footage by the gestural analogy it shares with it, sharing a similar gesture as the children showing their tattoos.