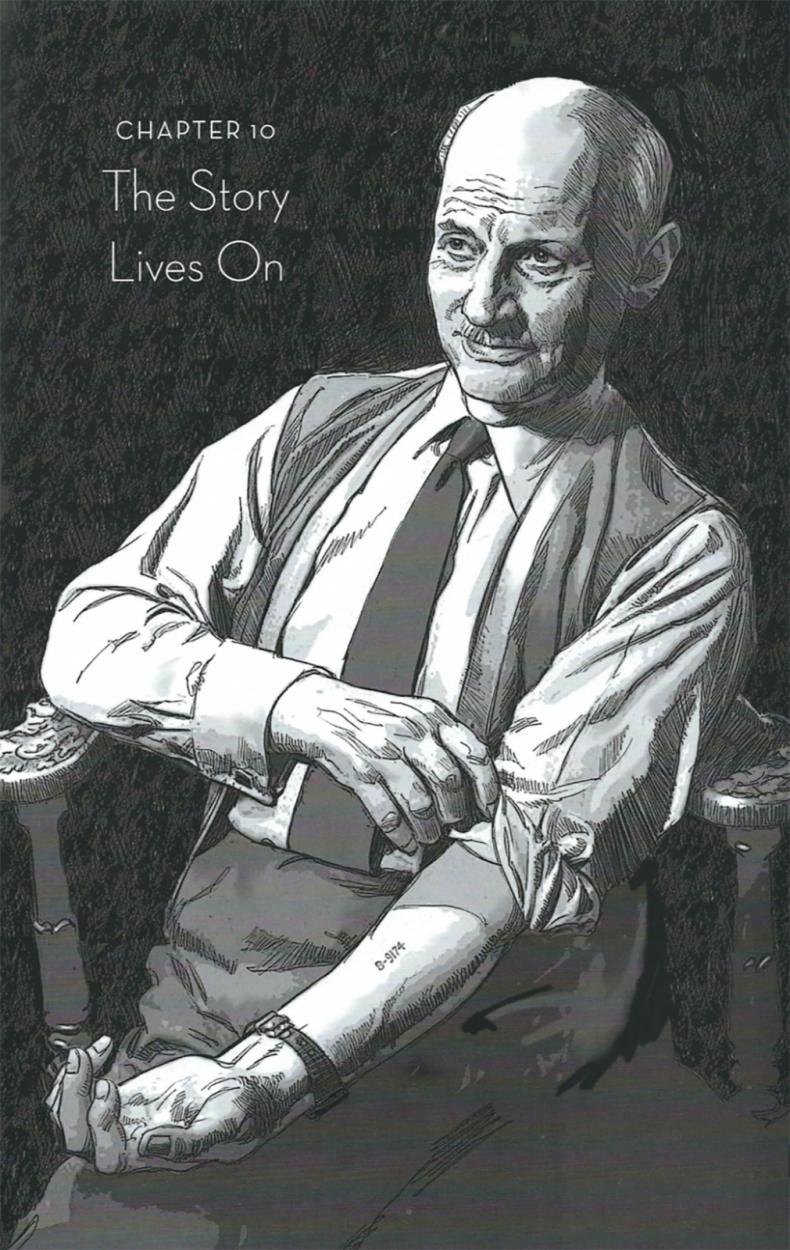 Sid Jacobson and Ernie Colón’s Anne Frank: The Anne Frank House Authorized Graphic Biography is an elaborate account of the life and death of the Frank Family before, after, and during the war. As such, it does not only cover Anne Frank’s experiences as portrayed in her diary but also refers to the experiences of other family members and other historical events that took place during those years. This illustration of Anne’s father, Otto Frank, is the opening page for the 10th chapter, depicting Otto’s life after the war. As the only member of the family that survived the Holocaust, Otto is portrayed as a surviving witness wearing civilian clothes, rolling up his sleeve, and showing his number tattoo.

This illustration makes an indirect use of the historical footage by relating to it in an allusive manner. In this image, Otto Frank is generically illustrated as a Holocaust survivor showing his number tattoo, evidence of his past in Auschwitz. He is not depicted during liberation but in a post-liberation, civilian scenery. Despite that, his gesture of showing the tattoo is analogous to the original footage, resembling the gestures of the children that also rolled up their sleeves, stretched their arms, and showed their tattoos.