Yossel April 19, 1943: A Story of the Warsaw Ghetto Uprising 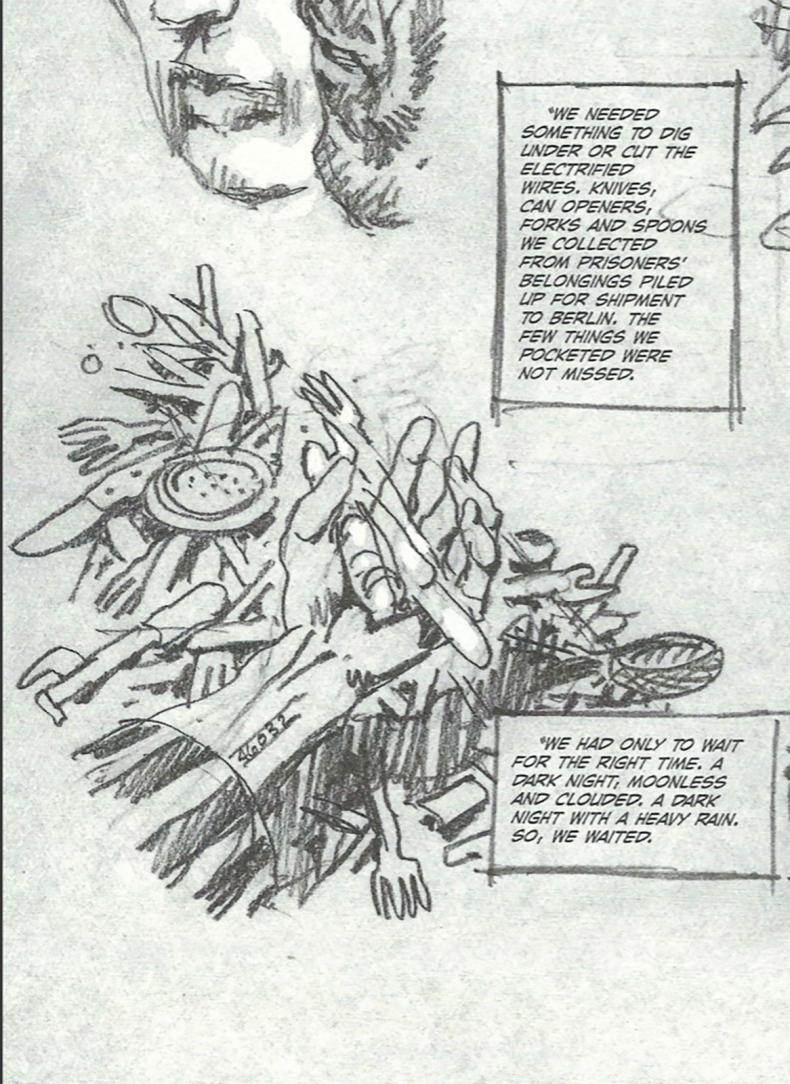 Joe Kubert’s graphic novel Yossel: April 19, 1943 tells the experiences of Yossel, a 15-year-old gifted illustrator, in Nazi-occupied Poland. As the story shifts between a concentration camp and the Warsaw ghetto, it also tells the story of the escape of Sonderkommando members from the camp. This illustration is part of the description of a plan for escape by using various utensils such as spoons, knives, forks and can openers in order to dig a hole in the ground.

It is also an indirect use of the historical footage of the Number Tattoo in the liberation footage from Auschwitz, as it bears a mimetic allusion to it by revealing the number tattoo covered by the striped prisoner uniform, yet not during liberation. By showing the number tattoo together with a pile of kitchen utensils the artist creates a multilayered symbolic image. As a composite of an allusion to the Number Tattoo footage and to the piles of orphaned objects discovered by the Soviets, the image is stressing the absent and present victims of the Holocaust, as the pile represents the absent victims, and the tattooed hand symbolises the survivors of the camps.