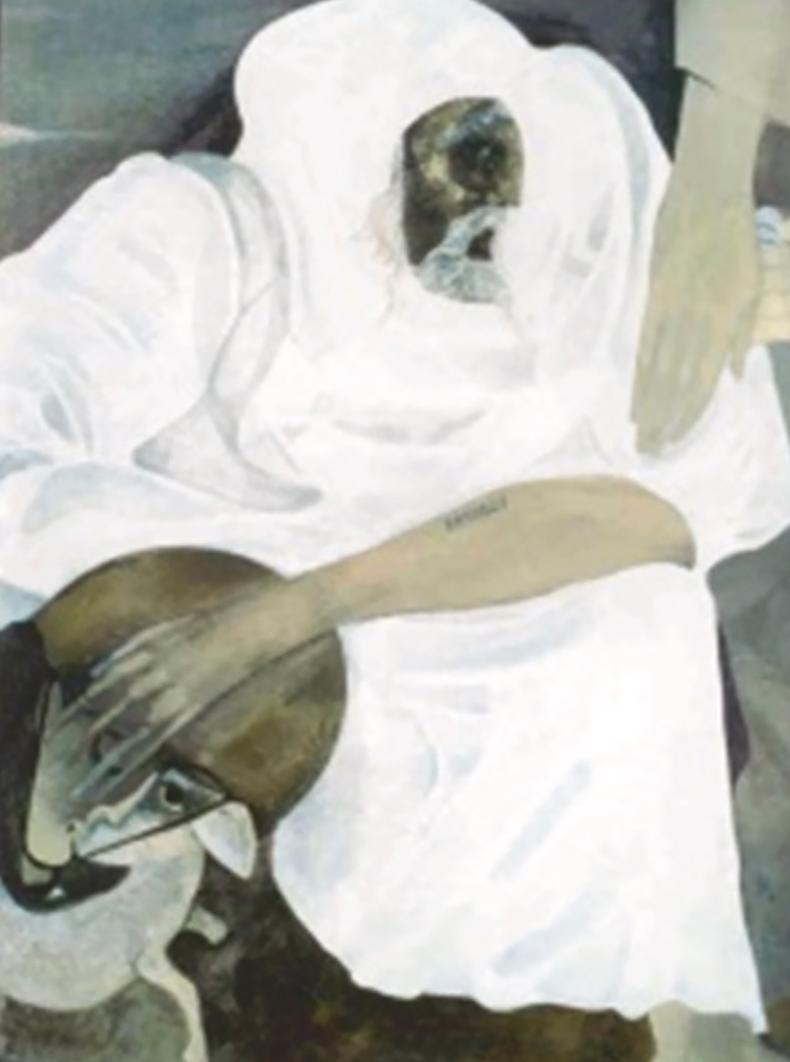 Abraham and Isaac forms an indirect relation to the Soviet historical record of the liberation of Auschwitz. Pál Fux, a Hungarian-born survivor who subsequently emigrated to Israel, turned to the biblical story of the Binding of Isaac (Genesis 22) to reflect on Nazi attempts to exterminate European Jewry in the Holocaust. Abraham, the father of the Jewish nation, is wrapped in white cloths, while on his left forearm, in the centre of the painting, ‘his’ Number Tattoo is clearly visible.

The assimilation of the Number Tattoo into the biblical story relates to the source of the suffering of the Jewish people; even in ancient times, the father of the nation was required to sacrifice his son as a result of his belief in God. However, Fux’s decision to represent the biblical patriarch as an Auschwitz survivor by referring to the Number Tattoo image also reveals Abraham’s position as a victim who, unlike Isaac, God did not spare. The military helmet on Isaac’s head also invites a reading of the work in the Israeli context of the Second Lebanon War (as art historian Batya Brutin suggested). From this perspective, the Number Tattoo image creates continuity between the biblical narrative, the historical events, and the complex Israeli present (at the time of the work’s creation).