Second Generation_ The Things I Didn’t Tell My Father 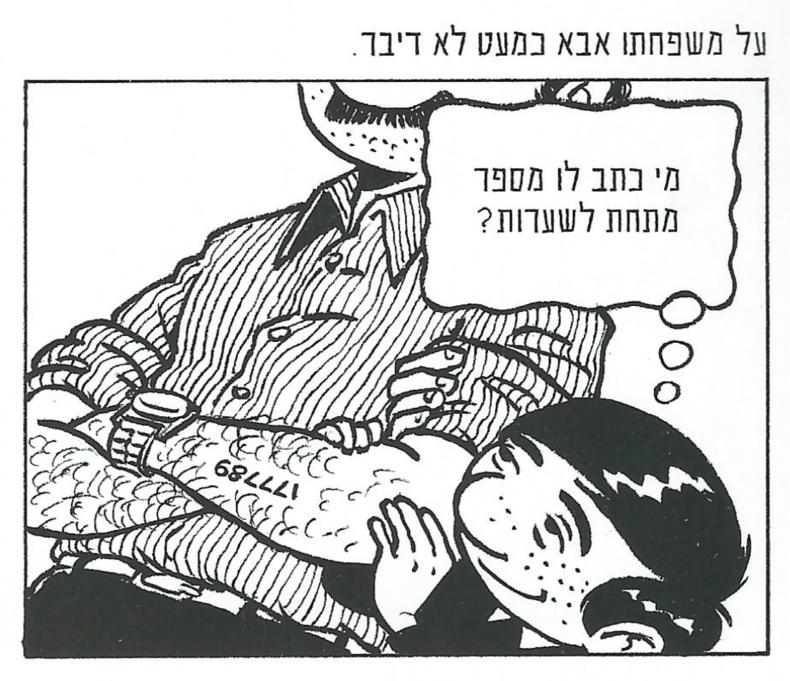 Michel Kichka’s graphic novel Second Generation: The Things I Didn’t Tell My Father portrays the author’s relationship with his father, Auschwitz survivor Henri Kichka, from childhood to adult life. In one of the first illustrations of the novel, Michel is depicted as a child caressing his father’s arm, while Henri is only shown from the neck down to the torso, with his number visible. Michel is wondering, “who wrote a number under these hairs?” While at the top of the image, he states, “on his family my father hardly spoke.”

The image bears indirect relations to the original footage through its composition; depicting a torso of a Holocaust survivor in size of a medium shot. By focusing on his Number Tattoo , it functions as a mimetic allusion to the footage from Auschwitz. It generically indicates that Michel’s father is a Holocaust survivor, while at the same time used as evidence for Henri’s past stay as a prisoner in Auschwitz. The Number Tattoo is also presented as a symbol for concealing the past since Henri seldom talked about; therefore, on the one hand, the Number Tattoo makes the past visually present, and on the other, it remains an unexplained symbol.